Hello Vegetarian Carnivores! There’s nothing as comforting as a nice big bowl of Indian food for me. It truly is comfort food and it is something I actively crave. So I wanted to do the same for you guys. I know I usually don’t make Indian food, but in the spirit of being with my parents during shelter-in-place I have been making a lot of traditional Indian food with them, including rasam (Indian spicy tomato soup), parathas (flaky flour stuffed with spiced cauliflower or potato), and so much more. These are some of my favorite comfort foods. But these are already generally vegan (if you leave out the butter), so there wasn’t that much opportunity for me to go all “vegetarian carnivore” on you guys and do some kitchen magic. So I looked around, studied the population, and then it hit me! One of the most popular Indian dishes amongst both Indians and non-Indians alike is butter chicken. Wouldn’t it be a dream come true if we could make it vegan? *magic genie lamp whooooosh* I am here to make your dreams come true! Today I am going to teach you how to make the most killer vegan butter chicken ever! 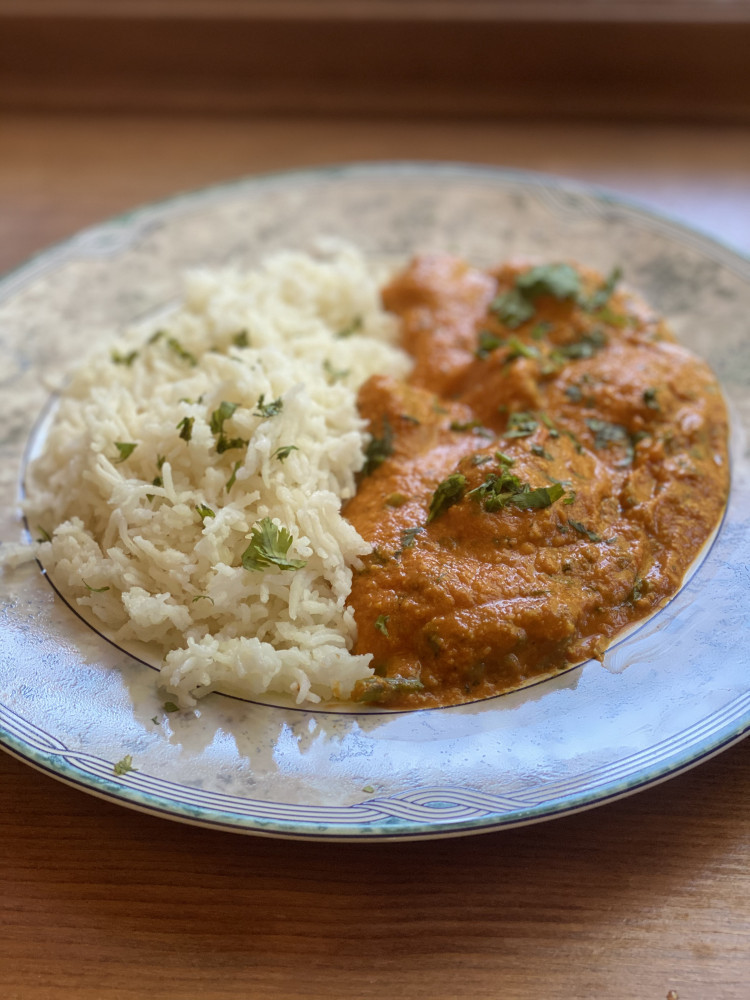 I think it is hilarious to refer to this dish with quotes around each word because there is actually no butter and no chicken in this butter chicken dish. Hehehe

But when you make and eat it, there is no sense left unsatisfied. It is perfectly creamy, has a perfect “chicken” texture, and mops up perfectly with rice or naan or roti. It is everything dreams are made of and are sure to help the aspiring vegan or vegetarian make the leap! 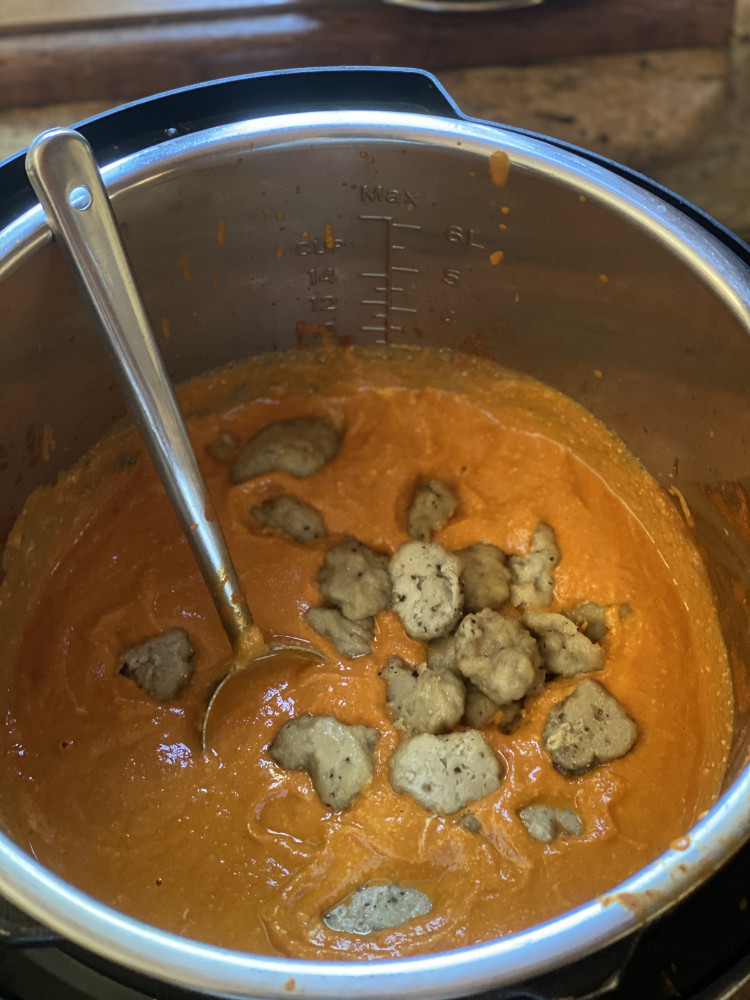 I am using seitan for this recipe. Most vegan chicken dishes I have seen call for extra firm tofu, and I suspect that would work well here if you have a gluten intolerance or just don’t like seitan very much. However, I haven’t tried it in this particular dish yet so I can’t attest.

I think seitan is a better choice in this case because traditionally you want to season your chicken before cooking, not just while cooking. I can do that with vital wheat gluten flour and then add water to make it into seitan. But I can’t do that to tofu, which is already pressed into blocks.

But again, if you are allergic or don’t like seitan, I suspect slow cooking the dish for a little longer than I am recommending below should solve any flavor issues. 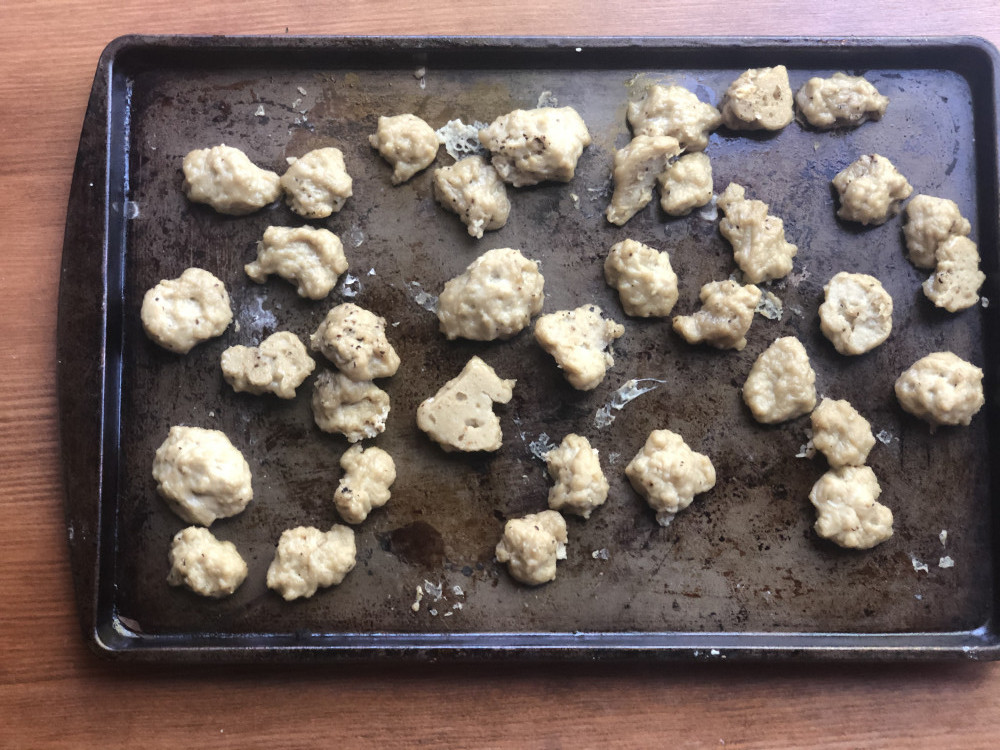 Traditional butter chicken is made with, obviously, butter and chicken, but there is another somewhat sneaky ingredient in there that adds that extra oomph to the dish. That ingredient is heavy cream.

Usually we add a half cup of heavy cream to thicken up the gravy, and also give the dish its signature bright orange color. Though I had the vegan butter and vegan chicken sorted out I had to get a little more creative. I had some vegan sour cream but not in the quantity that I would need.

So I resorted to cashews! And not just any cashews- raw, unsalted cashews. I took half a cup and immersed them in water and microwaved them for 3 minutes to get them soft. If you have better planning skills than me, you can soak them overnight in room temperature water too. The idea is to get them soft and primed for high speed blending, so whichever way works for you should be just fine.

IMPORTANT: If you go the microwave route, you must wait for the cashews to cool down before blending. If you blend them piping hot, the pressure will blow the top off your blender and create a mess all the way to the ceiling. Ok you have been warned. 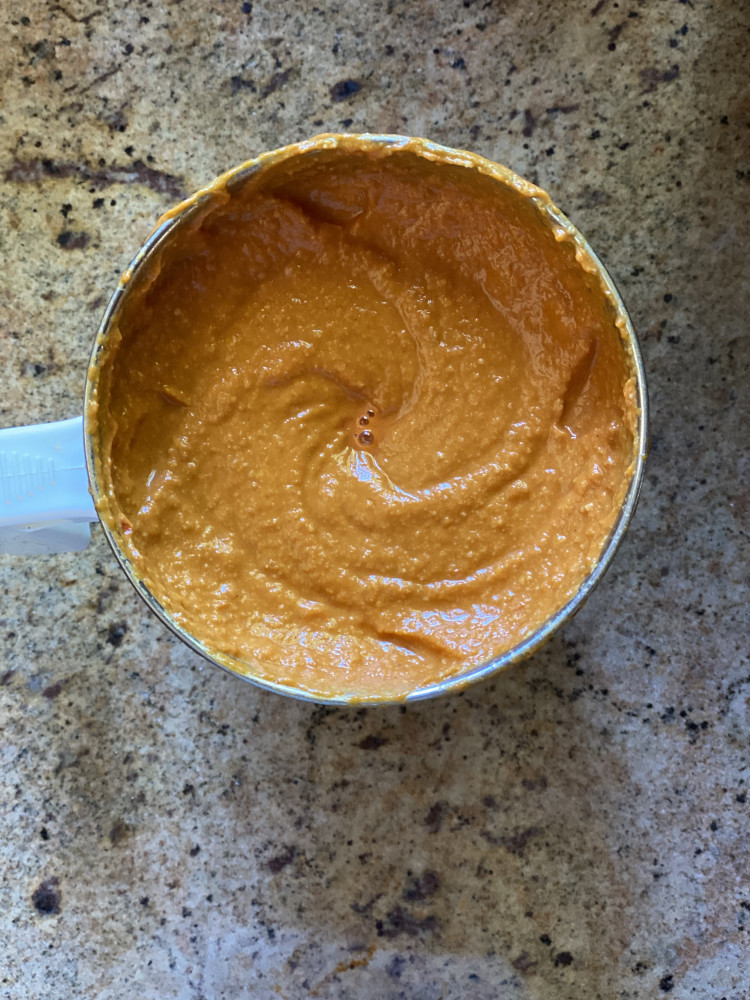 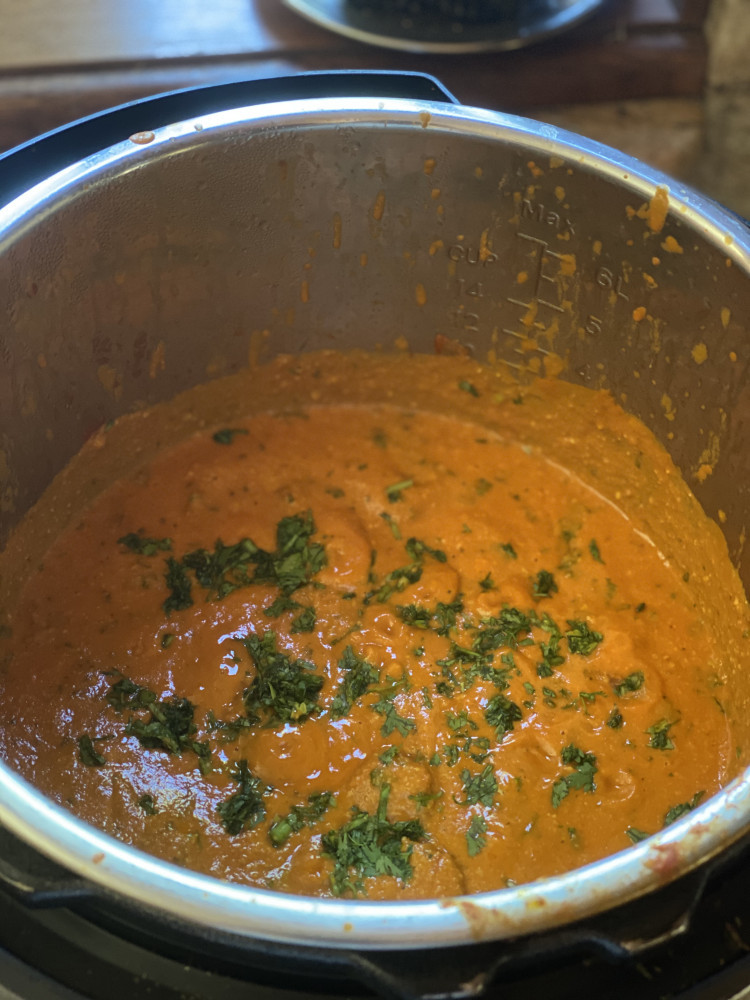 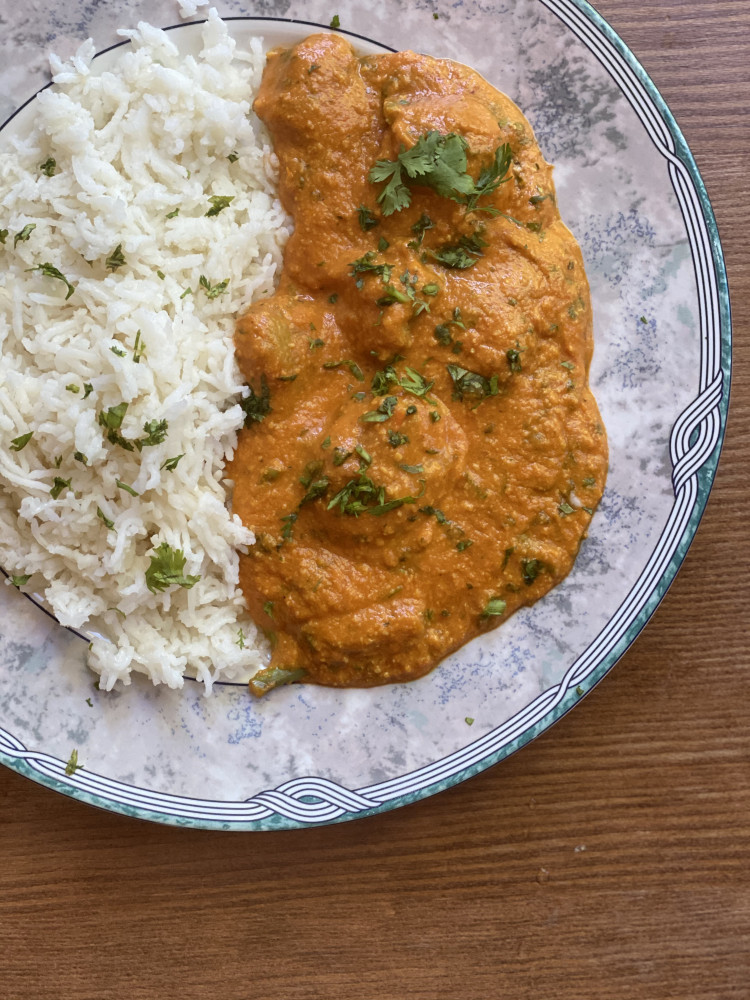 Ok you guys, this vegan recreation of a worldwide fan favorite is absolutely incredible. You won’t miss the chicken, and the chickens will thank you 😉 I couldn’t believe the gravy had no dairy in it- and I was the one who made it! I’m telling you, if you don’t try this out, you are missing out for sure!

Don’t wait to try this out! I know you will love it!

So leave me a comment below if you love butter chicken and can’t wait to give this vegan version a go!