Hi Vegetarian Carnivores! So you all know how much I love recreating traditionally non vegetarian/ non vegan food into vegan comfort classics. So I am super excited to share this recipe with you, the true Vegetarian Carnivore spirit. It is for simple vegan pulled pork quesadillas! Right down to the vegan sour cream, I am going to be telling you all the magical ingredients that I’m using. And the best part? I had these quesadillas done and ready to eat in FIVE MINUTES! Yup, just five minutes to a hearty and wholesome lunch/dinner. 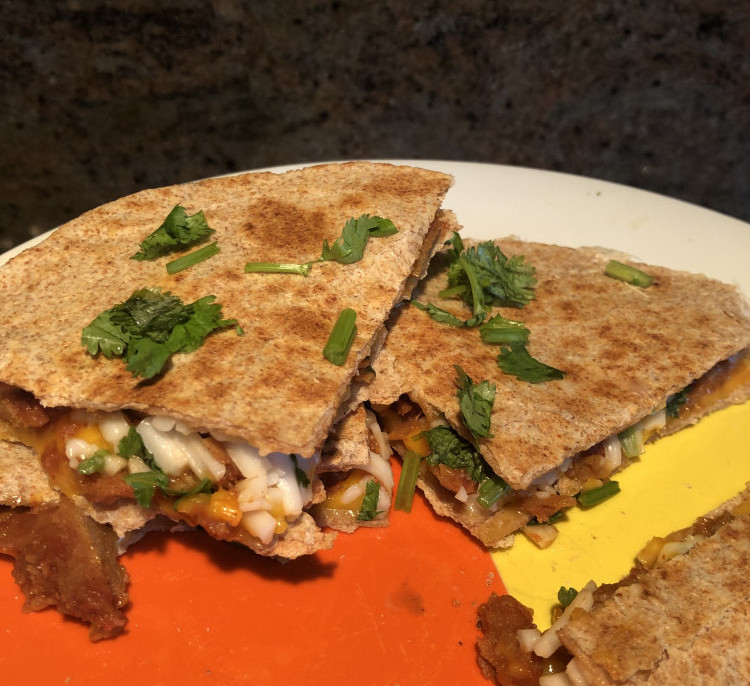 It’s no surprise at this point that I love No Evil Foods’ products. From their chicken to their pork to their chorizo, each product is total quality!

I’m using their BBQ pulled pork product, which they call Pit Boss for these quesadillas. While their chicken is very mildly seasoned, letting me infuse it with whatever flavor I want, Pit Boss comes with a pretty heavy BBQ flavor already infused. And for the purposes of making BBQ quesadillas, it is perfect!

The preparation was super easy. I used 1 pack of their vegan pork to make two giant quesadillas. To clarify, I define one quesadilla as one entire tortilla at the base with another tortilla on top. I don’t fold a single tortilla on itself.

So anyway, I took a packet of the product and microwaved it for just 30 seconds, and then I used a fork to shred it so that it wasn’t in such distinct pieces. And that’s it! That is all the prep work needed for the pork. Since it’s vegan, you don’t need to worry about under cooking anything and ending up with some weird disease 😉

I used a blend of vegan mozzarella and vegan cheddar for this dish. I used Daiya and Violife brands for it. Both of these companies’ cheese shreds melt and stretch beautifully, and that is a major selling point when you are trying to have cheesy dishes!

The trickiest part of making this dish is trying to flip the quesadilla over without letting all the insides spill out. The way vegan cheeses melt make this step a necessity. For dairy cheese to melt, it just needs to be somewhat in proximity of heat and it will start to melt. Vegan cheeses can be a little more finicky! They require to be a lot closer to the source of heat in order to prompt the melting. But once they melt, unlike dairy cheeses, vegan cheeses actually stay melty and gooey for longer! So I really love that.

If you have only mozzarella or cheddar, don’t worry. You can use just one cheese (double up on it to make up for the missing other cheese!) and it will still taste great! Trust me, I’ve done that more times than I can count! 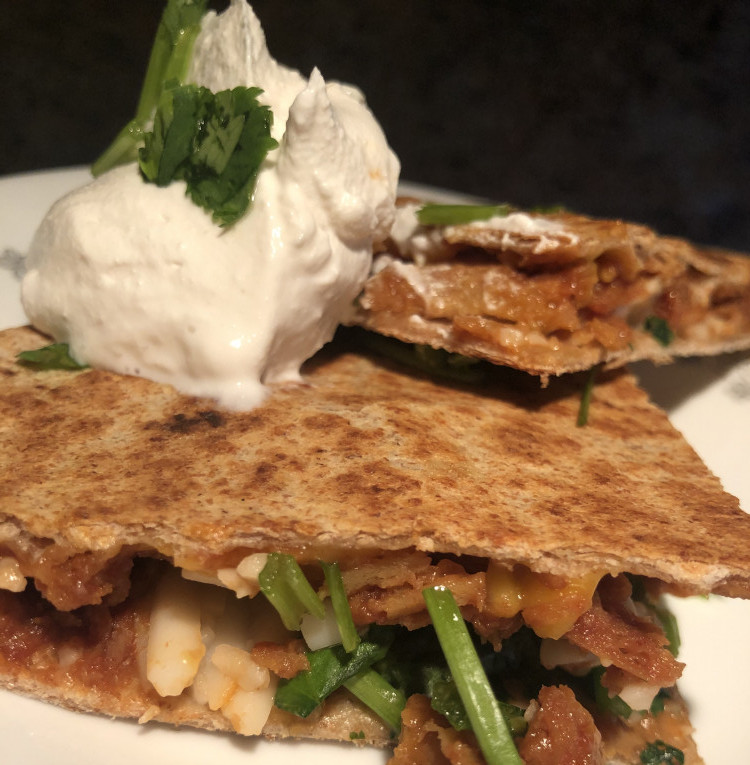 While I have made vegan cream out of tofu myself, the sour cream that I used for this is Tofutti. They’ve got a very thick and rich texture that resembles sour cream and works wonders in its replacement.

You can find Tofutti, No Evil Foods, Daiya, and Violife at any Whole Foods! 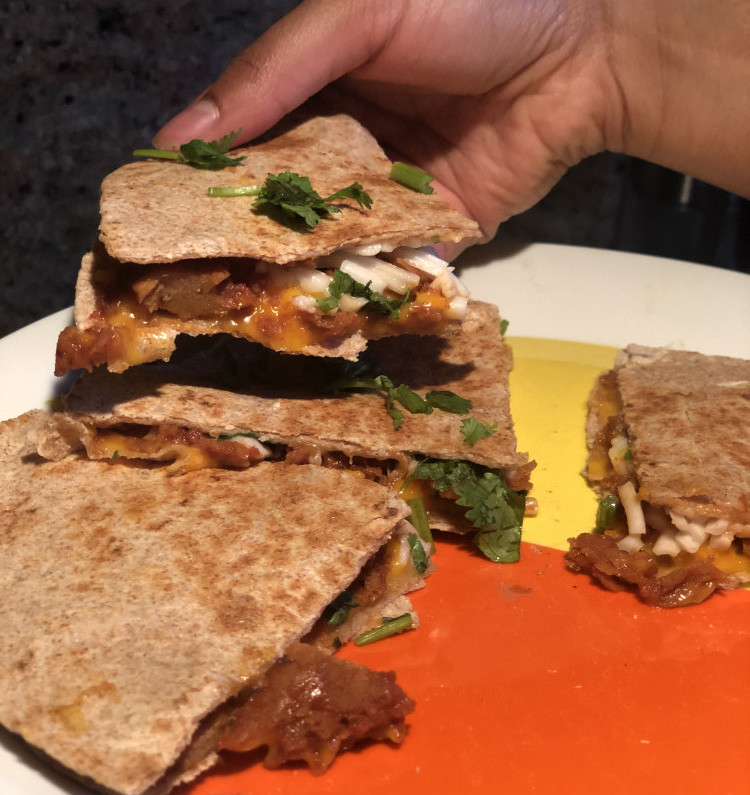 I would consider this dish a win! Not only was the entire dish done in 5 minutes, but the cleanup was super simple too. These quesadillas have become a staple in the house now, and I make them regularly, changing a couple of things each time, of course. Because why not? 😉